Minimizing the Side Effects of Antibiotics 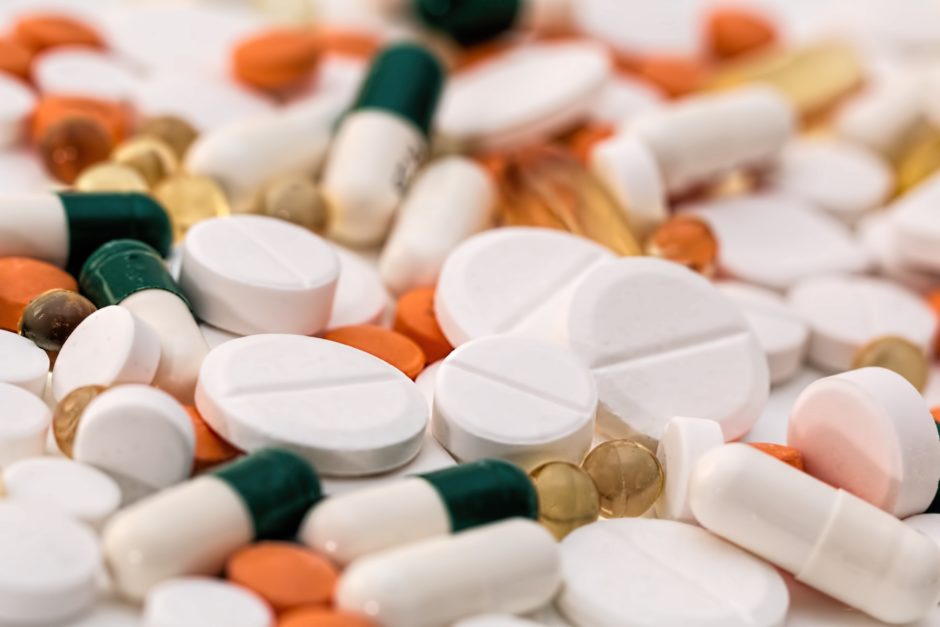 The ideal is to avoid antibiotics in the first place, call me biased but that is why I believe everyone should have an herbalist or naturopath who they can consult with, so that they don’t have to go down the antibiotic route. It makes me feel good to think about the families I have helped avoid antibiotics. Ava who is 5 and has had lots of illnesses for which antibiotics are traditionally prescribed, has never had one. In general, it is possible to avoid them.

At least 30 percent of antibiotics prescribed in the United States are unnecessary, which equals an astounding 47 million prescriptions, according to a study published in 2016 in the Journal of the American Medical Association (JAMA) by the Centers for Disease Control and Prevention (CDC). The study analyzed antibiotic use in doctors’ offices and emergency departments throughout the United States. CDC researchers found that most of these unnecessary antibiotics are prescribed for respiratory conditions caused by viruses – including common colds, viral sore throats, bronchitis, and sinus and ear infections – which do not respond to antibiotics.

However, if you don’t know what to do herbally or it’s a serious situation, it is important to take an antibiotic and clear the infection. You can always rebuild the damage done by antibiotics.  Below highlights what to do when you or your loved one takes an antibiotic so you can derive the benefits without some of the downsides.

Antibiotics derive their name from anti meaning against and bio meaning life. They are designed to kill pathogenic bacteria. Since the first antibiotic — penicillin — was discovered in the late 1920s, hundreds of antibiotics have become available. Some target specific pathogens, others that are more commonly prescribed are broad spectrum antibiotics. Regardless of whether an antibiotic is specific or broad spectrum, it is an indiscriminate killer and will annihilate beneficial bacteria as well as pathogenic ones. Antibiotics do not work against viruses.

The human body is home to over 37 trillion human cells, and we have over 10 times that number in bacteria cells. Essentially we are passengers on the bacteria! They perform a key role in our immunity and our behavior – there is a growing body of work on the gut brain connection. So it is crucial to restore the beneficial bacteria during and after an antibiotic.

Antibiotics kill beneficial bacteria, throwing off the delicate balance of bacteria in your gut and can cause intestinal inflammation. Antibiotics allow candida in the body to overgrow and yeast infections can occasionally occur after a course of antibiotics.

Unfortunately, a growing number of people are finding themselves in a situation where they are taking antibiotic after antibiotic.  With each round of antibiotic, their terrain grows increasingly weaker and they become more susceptible to pathogens. Children with compromised gut health are much more susceptible to respiratory infections and allergies.

With repeated use, antibiotics will stop working for people because the bacteria that have survived each onslaught of an antibiotic mutate and become impervious. These people then have to go on stronger antibiotics that are more damaging to their bodies. Additionally, antibiotic overuse has led to the rise of dangerous drug-resistant bacteria, i.e. mutated strains of bacteria that are more virulent, and no longer respond to existing antibiotics.

Antibiotics in children have an even more dramatic effect and recurring use can leave them more susceptible to not only getting sicker more frequently but developing ADHD, PANDAS, and, in extreme cases, autism.

What You Can Do

The good new is there are things you can do to minimize the negative effects of antibiotics. I suggest doing all of the below.

Probiotics – pro meaning for and bio meaning life, these provide beneficial bacteria to the gut and help produce antibodies to fight pathogens. They are important for maintaining and developing a healthy mucosal lining in the digestive tract. It is important to rotate probiotics so that certain beneficial strains are not elevated to such an extent that they crowd out other beneficial bacterial strains. Probiotics I like are Probiotic 11, Cytoflora, GutPro and Bifodophilus Flora Force.

A study concluded that probiotics can prevent Candida overgrowth after antibiotics stating “Supplementation with probiotics could be a potential strategy to reduce gastrointestinal Candida colonization and candiduria in critically ill children receiving broad spectrum antibiotics.”

In 2012 the American Medical Association conducted  research into probiotics and Antibiotic Associated Diarrhea [AAD]. They concluded that, “The principal finding of this review is that using probiotics as adjunct therapy reduces the risk of AAD”.

Prebiotics – a prebiotic is food for the probiotic and makes them more efficacious. I suggest prebiotics such as dandelion root or burdock root. These should be taken at the same time as the probiotic.

Fermented foods – An issue with probiotics is an “easy in, easy out” phenomenon. It can be hard for the probiotics to gain traction in the gut. Probiotics are important and our family takes them every day but the best probiotic comes via fermented foods. Fermented foods are foods which go through a process where natural bacteria feed on the sugar and starch in the food creating lactic acid. This process called lacto-fermentation, preserves the food, creates probiotics, enzymes, b-vitamins and vitamin K2.  The food is also broken down by the natural bacteria into a more digestible form that can be more readily assimilated into the body. Fermented foods also supply greater variety of beneficial bacterial strains that can be gleaned from a probiotic supplement. Eating fermented food during antibiotics and for months afterwards will help restore beneficial bacteria.

Saccharomyces boulardii – This has unique qualities in that it is an antibiotic-resistant, non-pathogenic yeast. It was originally isolated from lychee fruit in Indochina. It does not colonize the human intestinal tract and is not one of the microorganisms that normally inhabits the intestines. It is a transient yeast that does not attach to the intestinal wall but instead passes through the intestines, bestowing beneficial effects on its journey.

It helps to stop the overgrowth of candida from the antibiotic and it will help evict existing candida. It also reduces the ability of potentially harmful microorganisms and toxins to adhere to and invade intestinal cells.

Amy Skilton, ND says “S. boulardii actually forces a physical evacuation of the Candida…Think of the situation like the aftermath of a hurricane hitting a village. The antibiotics are the hurricane. S. boulardii is like the contractor that comes in and repairs the damage to the village. You can then repopulate the village with commensals.”

Note, commensals are normal flora. S. boulardii should be taken during the antibiotic and for 4 weeks after. It  can be taken at anytime as it is antibiotic resistant.

Restore –  this product is essentially a bacterial communication network that I recommend for almost all my clients, both adults and children. This basically gives the good bacteria channels of communication so they can work more effectively and cohesively together. This has been shown in cell culture to promote the strengthening of the tight junctions in small and large gut membrane cells for an optimal gut environment.

Intestinal Soothe and Build – this herbal blend created by the herbalist Jeanne Burgess is a favorite of mine. An antibiotic will compromise the integrity of the intestinal lining and this will help rebuild it. The herbs in this blend have vulnerary (tissue healing) and anti-inflammatory properties. They absorb irritating substances and are cooling and soothing to damaged tissues. [1]

So I have been asked my clients when they feel better should they stop the antibiotic. My answer has been No – see it out to the end. This is because the Medical Community always was adamant that the course needed to be finished or the bacteria would not be killed and could thrive afterwards. However, recently one of my smart Moms Gone Green Moms sent me this article where to according to an 2017 analysis in the British Medical Journal (BMJ), some British doctors are suggesting that in most cases, it’s time to drop the “complete the course” mantra, which they say could be doing more harm than good.

The traditional advice of staying the course was because the belief is that shortening the course could make the bacteria resistant to that antibiotic in the future and that there would be increased risk of a recurring infection, which could even be more severe than the initial illness.  However, the research by Professor Martin Llewelyn, from the Brighton and Sussex Medical School, and a team of experts argue that “The idea that stopping antibiotic treatment early encourages antibiotic resistance is not supported by evidence, while taking antibiotics for longer than necessary increases the risk of resistance”.

Co-author of the research, Tim Peto, professor of clinical epidemiology at the University of Oxford, says there’s also no evidence that stopping antibiotics a few days early will cause a bad reaction or make a person seriously sick again. “It is always possible that shortening the duration of treatment can allow the infection to recur,” he said in an email, but “the evidence that does exist—although not very extensive—suggests it is safe to do this, and that any relapses that do occur are a nuisance rather than being dangerous.”

Dr. Sharon Meropol, a pediatrician and epidemiologist at Case Western Reserve University School of Medicine, says she’s “glad someone finally wrote this paper,” and that she “mostly agrees” with the authors’ recommendations. For the vast majority of bacterial infections treated in an outpatient setting—typically respiratory and urinary tract infections—“patients should follow recommendations for dosing and frequency, but can stop when they feel better,” she says. However, Dr Meropol, who is the principal investigator on a National Institutes of Public Health–funded study on antibiotic resistance in infants, believes those exceptions and caveats deserve greater emphasis. Certain bacterial infections—those named in the paper, as well as cytomegalovirus infection in newborns—are treated with prolonged courses of antibiotics, she says, and it’s important to take those medications exactly as prescribed for as long as prescribed. [2]

I am not making a recommendation on this, but this may be something you want to discuss with your Doctor regarding your specific situation.

[1] The Comprehensive Guide to Nature’s Sunshine Products by Steven Horne and Kimberly Balas.

Nailed by Naled? How to protect yourself.